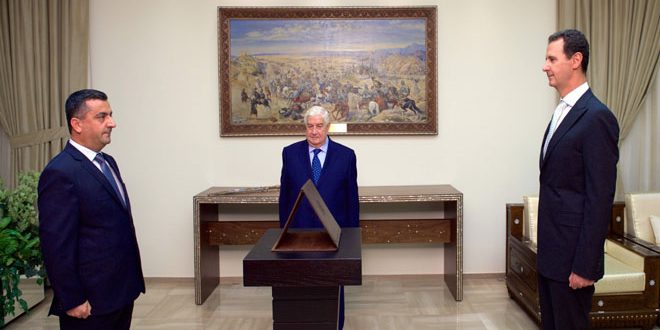 Afterwards, the President received the ambassadors, separately, where he provided them with his directives and wished them success in their mission.