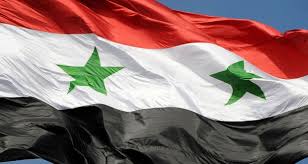 Provinces, (SANA) – The army units on Tuesday continued operations against the armed terrorist groups in many areas, killing scores of them and destroying their hideouts, gatherings and weaponry.

Sources told SANA that the army units killed a number of terrorists and destroyed a rocket launcher and a vehicle equipped with heavy machinegun in the area of Khan al-Sheeh and its farms, among the killed terrorists was Abu al-Yaman, leader of a terrorist group.

The army units also targeted terrorists in the aras of al-Zabadani, Daraya and al-Mlaiha and killed scores of terrorists and destroyed a mortar in addition to weapons and ammunition.

Terrorists’ hideouts were destroyed in the areas of Tal Kurdi, Alya and Saqba.

Terrorist attacks on residential areas in Damascus cause material damage

Two shells launched by terrorists fell on the residential areas of Bab Touma and Masaken Barzeh on Tuesday, causing material damage only.

A source at the Police Command told SANA that a shell fell on a house near Hamam Bakri architectural monument, and the other one hit in front of a house in Maskaen Barzeh, adding that the shells caused only material damage.

The source pointed out that terrorists also fired shells on the Phone Center in Jabaaden in Damascus Countryside, causing large material damage to the building and breaking off the wire calls

Rocket and mortar shells cause material damage in Mezzeh, Damascus

Terrorists launched rocket and mortar shells on Mezzeh 86 neighborhood in Damascus, causing material damage to the residential buildings and a school.

A source at the police command in Damascus told SANA reporter that a rocket shell launched by terrorists fell on Hafez Ibrahim School in the neighborhood, causing material damage to the building.

The source added that material damage was caused to the residential houses in the neighborhood by a mortar shell, but no injuries among the citizens were reported.

Army kills terrorists in many areas in Aleppo

The army units targeted and destroyed terrorists’ hideouts in the areas of Tal Sha’er, Fafeen, Babees, the Industrial Zone, al-Atareb, Kweires, al-Jadida, Rasm al-Abboud and Hayyan and killed all terrorists who were hiding in these hideouts.

A military source told SANA that an army unit destroyed a 300-meters tunnel used by the terrorists to transfer and store weapons and ammunition in the area of Maarat al-Numan.

Meanwhile, another army unit targeted terrorists’ den in al-Shoghour village in Idleb countryside, killing 13 terrorists, most of them were non-Syrians.

In the same context, other army units killed 20 terrorists and destroyed 7 cars equipped with heavy machineguns to the west of Sermen village.

A military source told SANA that the army units targeted terrorists’ dens and gatherings in to the east of Abu Duhour Airport and in the villages of Hmaimat, al-Mjas and Bkafloun in the countryside, killing large number of terrorists, in addition to destroying 5 cars equipped with heavy machineguns.

A military source told SANA that the army units killed large number of terrorists and destroyed their weapons, ammunition and cars equipped with heavy machineguns and loaded with rockets and explosive devices in al-Rawda village in the northern countryside of Lattakia.

Units of the armed forces carried out operations against terrorists’ dens and gatherings in Homs, inflicting heavy losses upon them.

A military source told SANA that the army units destroyed terrorists warehouse in Burj Qa’ai village in al-Houla, inflicting heavy losses upon them.

The source added that another army unit killed all members of an armed terrorist group in al-Zara village in Homs countryside.

Army eliminates many terrorists in Daraa

A military source told SANA that an army unit targeted an armed terrorist group’s members who were driving a car equipped with heavy machinegun in the Old Customs in Daraa al-Balad, killing and injuring a number of them.

The source pointed out that other army units targeted terrorists’ dens and gatherings in Jasim and Enkhil in Daraa countryside, causing the killing of many terrorists.