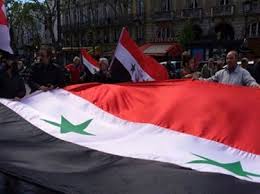 Damascus, (SANA) Foreign and Expatriates Ministry expressed regret that Syrians living in France will be denied their right to participate in the upcoming presidential vote due to French government’s objection.

The Ministry noted in a statement that the French government has officially informed Syrian Embassy in Paris its objection over such a vote on the entire French land and not just at the embassy.

It highlighted that France, among a group of other countries involved in supporting terrorists and bloodshed in Syria, has got engaged in a hostile propaganda against the presidential elections.

While dismissing this objection as “unjust”, the Ministry affirmed that holding presidential elections at the Syrian Embassies abroad, which is scheduled for May 28, is an issue related to the constitution and the laws in Syria.

“The Syrian people alone will determine with full freedom and will who is going to lead them in the next stage heedless of all the hurdles which some are trying to put in their way” the Ministry stressed.

Having taken this position, the statement said, France “has unmasked its real face being against the Syrian people’s aspirations for democracy and in conflict with the French people’s values of freedom and democracy”.

The Ministry concluded its statement by calling upon the world public opinion to condemn this “irresponsible” conduct by the French government.

Earlier, Syrian Embassies around the world called on Syrian expatriates with valid residence permits to bring their passports and register their names on electors’ lists at the embassies’ headquarters.

Presidential Elections Committee at the Foreign and Expatriates Ministry noted in a statement that the registration of names on voters’ lists can be done by sending fax, mail or e-mail with the necessary ID information to the embassies.

The Presidency urges citizens to respect campaigns of all presidential candidates