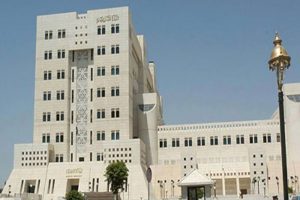 Syria vehemently condemned the terrorist attack that targeted two metro stations in the Russian city of St Petersburg and claimed the lives of a number of civilians, in addition to injuring scores of others.

An official source at the Foreign and Expatriates Ministry said on Monday the 3rd of April 2017 that Syria condemns this attack in the strongest terms, describing it as a “cowardly” act of terror. The source added that Syria expresses its sympathy and solidarity with the Russian leadership, government and people and its condolences to the families of the innocent victims.

At least ten persons were killed and around 50 others were injured in twin terrorist bombings at the metro stations in the Russian city of St Petersburg city.