On Int’l Workers’ Day.. Syria’s workers determined to keep the wheel of production turning despite war 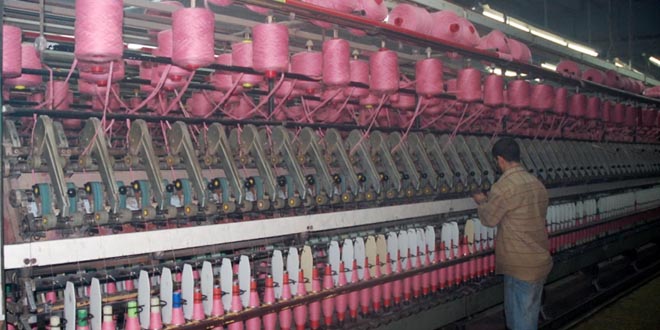 Damascus, SANA – Syria’s working class is marking the International Workers’ Day, celebrated every year on May 1st, in the midst of the country’s war on terrorism that profoundly affected every aspect of the Syrians’ life.

As the war enter its seventh year, the Syrian workers reiterate their determination and support to the Syrian Arab army’s heroic sacrifices and achievements through keeping the wheel of production turning despite the difficult circumstances.

The General Federation of Trade Unions, the Labor and Social Affairs Ministry, in cooperation with all ministries and governmental bodies concerned in Syria are doing their best to enhance the steadfastness of the working class and guarantee the rights of workers in the public and private sectors in order to perform their duties to the fullest extent and contribute to the process of rebuilding their country.

Some workers said that the continuity of work and production sends powerful message that terrorists will never win or succeed to undermine the Syrians’ willingness to defend the homeland and go ahead.

Chairman of the Syrian General Federation of Trade Unions, Jamal al-Qaderi, hailed the working class’ efforts to survive the economic war and the unjust unilateral sanctions imposed by western states, not to mention the devastation caused to the factories and infrastructures due to terrorist attacks.

The National Leadership of al-Baath Arab Socialist Party issued a statement on this occasion in which it stressed that Syria’s workers will always remain the driving force, the main pillar for the development process and a symbol of sacrifice.

The statement noted to the working class’ rich record of heroic struggle side by side with farmers and other classes in the Syrian society to push forward the development process and face all challenges and risks posed by terrorism.

It called for the need to enhance steadfastness, develop the society and support the national economy through patience, adherence to the national unity and continuity of production to improve the Syrians’ living conditions and to rehabilitate the terror-affected infrastructure, factories and institutions.